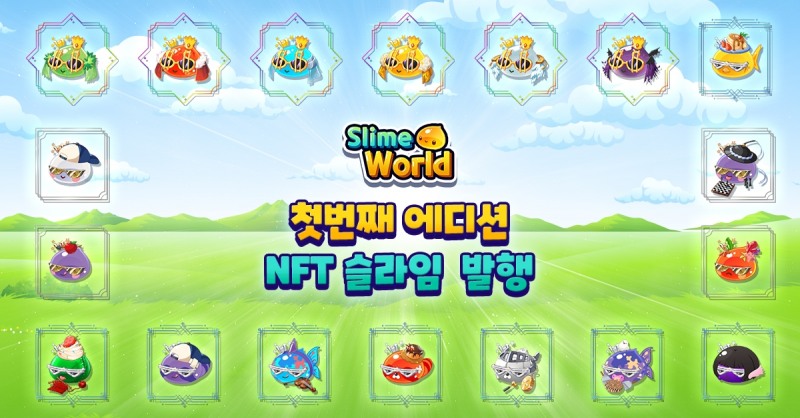 Slime World is a light and easy-to-play blockchain-based P2E game that anyone can enjoy using Nada Design's IP, and the first edition NFT Slime will be owned by users or traded through a bridging system to generate profits in the future and sold in-game.

In addition, based on the cute slime image, the scarcity is increased by producing different attributes and appearances for each slime, and a certain number of abilities are given for each grade when purchasing and their abilities can be strengthened through level-up.

An official from Nada Digital said, "The first edition of 'Slime World' NFT Slime, which many people have been looking forward to, has finally been issued," adding, "We hope you will look forward to various NFT slime in the future, starting with the first edition NFT Slime."

Meanwhile, "Slime World" can be downloaded through the service country's Google Play Store and Apple App Store, and details can be found on the "Slime World" branding page.